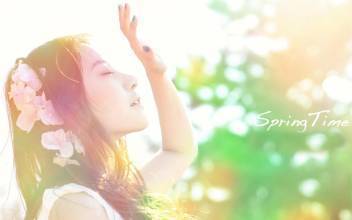 The second day's going proved less difficult than the first. Less difficult means difficult enough! And as yet we had met no one nor anything that remotely favored golden-roofed Cipango, or famous, rich Quinsai, or Zaiton of the marble bridges. Jerez climbed a tall tree and coming down reported forest and mountain, and naught else. Our companions watched with interest his climbing. "Do you go up trees in heaven nuskin?"

This morning we had bathed in a pool below the little waterfall. Diego Colon by now was used to us so, but the Cuba men displayed excitement. They had not yet in mind separated us from our clothes. Now we were separated and were found in all our members like them, only the color differing. Color and the short beards of Luis Torres and Juan Lepe. They wished to touch and examine our clothes lying upon the bank, but here Diego Colon interfered. They were full of magic. Something terrible might happen! When Luis and I came forth from water and dried ourselves with handfuls of the warm grass, they asked: "Do they do so in heaven?" The stronger, more intelligent of the two, added, "It is not so different !"

I said to Luis as we took path after breakfast, "It is borne in upon me that only from ourselves, Admiral to ship boy, ballad! Clothes, beads and hawk bells, cannon, harquebus, trumpet and banner, ship and sails, royal letters and blessing of the Pope—nothing will do it long unless we do it ourselves!"

"Agreed!" quoth Luis. "But gods and angels are beginning to slip and slide, back there by the ships! We have the less temptation here."

He began to speak of a sailor and a brown girl upon whom he had stumbled in a close wood a little way from shore. She thought Tomaso Pasamonte was a god wooing her and was half-frightened, half-fain. "And two hours later I saw Don Pedro Gutierrez—"

"Ay," said Juan Lepe. "The same story! The oldest that is!" And as at the word our savages, who had been talking together, now at the next resting place put forward their boldest, who with great reverence asked if there were women in heaven reenex.